Now that we have obtained historical price data through the API in Tutorial 2, let's add a technical indicator. The Moving Average Convergence/Divergence indicator is one of the basic and most effective momentum indicators available, according to stockcharts.com. The common graphic representation of this indicator consists of three ingredients:

Starting from the functionality developed in Tutorial 2, this tutorial adds two new parts: 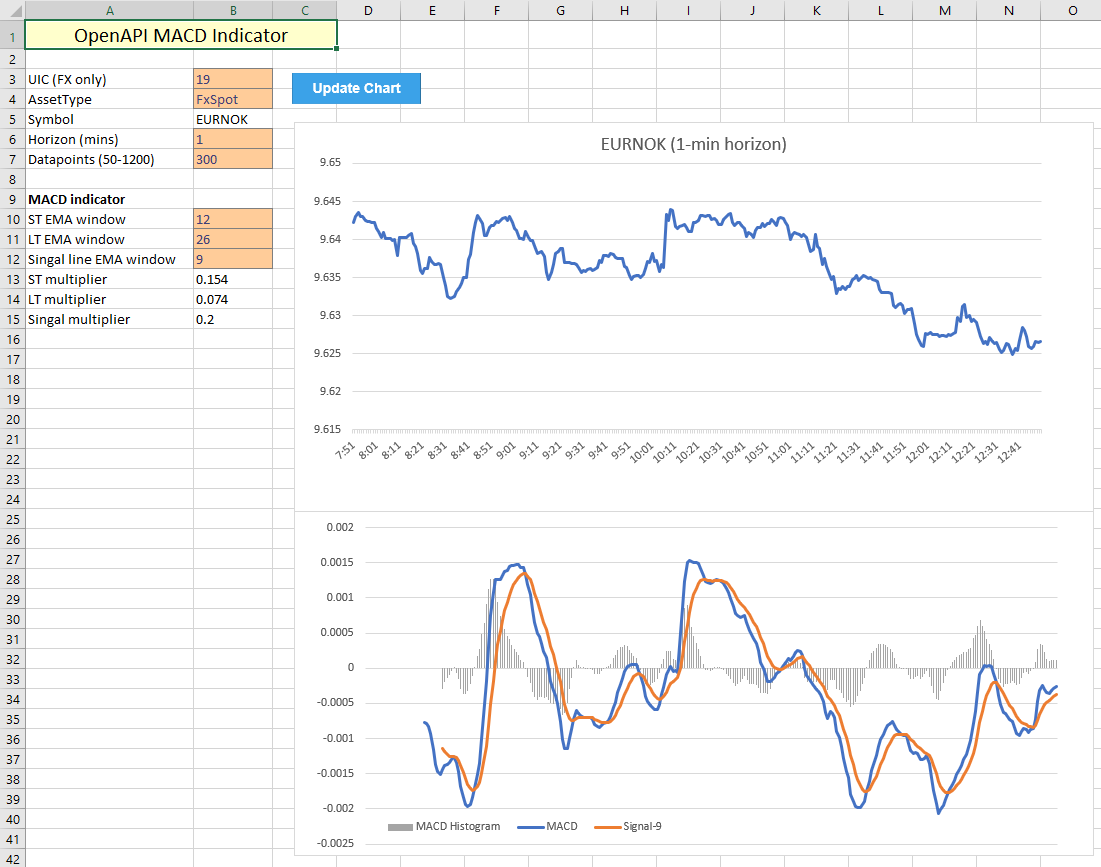 The VBA code used to pull historic prices from the OpenAPI has been re-purposed and can be found in the earlier tutorial. All data has been moved to a separate sheet to keep the chart overview clean and uncluttered. This spreadsheet contains a couple extra input fields:

To make the VBA code more readable, cell names are used similarly to how they were employed in the previous tutorial. This workbook has a substantial list of named cells, which encode all required input variables to dynamically update the MACD datapoints. 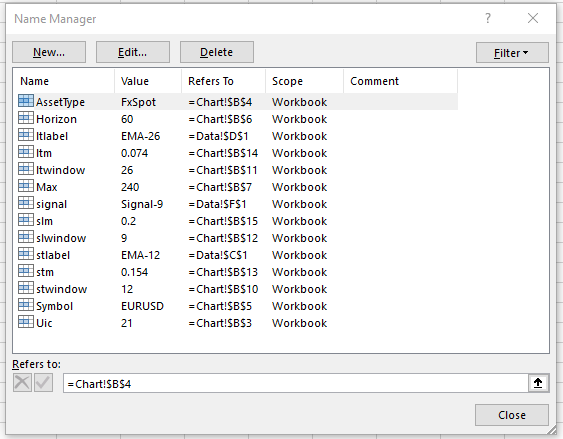 As for the VBA code itself, the following sections contain key points which guarantee dynamic functionality for computing the EMA values, taking into account that the start- and end locations of series for the computed values can change depending on the input parameters. The below code ensures all datapoints are computed at the correct locations, primarily through dynamically assigning values to ranges by row numbers, which depend on the input fields stwindow, ltwindow and slwindow.

Because the EMA values are self-referencing (each next EMA data point depends on its predecessor), the starting values are set equal to the SMA with the chosen time horizon. Each next value is computed accordingly, taking the multipliers into account (which are located on the Chart tab). Because the Range.Formula method automatically updates cell references dynamically, no further work is required to ensure each next value is computed from the correct input (Excel takes care of that).

The next section computes the MACD datapoints:

Finally, everything is put together by assigning the new data point ranges to the charts, similarly to how this is done in the prior tutorial:

In order to confirm whether the chart generated by the Excel implementation is legit, it is straightforward to compare it against a price chart from SaxoTraderGO. Consider the following case:

Which indeed follows the graph computed by the Excel implementation: